So you know who is who

Meet our friendly caring dentists, nurses, and general staff at Genesis Dental in Canning Vale. Our team aims to provide an excellent level of care and high-quality treatment to patients of all ages. We know how to treat kids and adults, and given our penchant for creating a relaxed atmosphere, our team knows how to make your visit as relaxing and comfortable as possible. 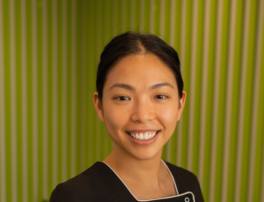 Dr Serene was born in Singapore and grew up in Perth. She graduated from the University of Western Australia in 2012, after which she gained most of her experience in country private practice. She consistently stays up to date with the latest advances in dentistry by attending continuing educations courses.

Dr Serene strives to provide a comfortable and stress-free experience for her patients. She enjoys all aspects of general dentistry; listening and working together with her patients to create personalised treatment plans with a focus on holistic and minimally invasive treatment.

In her spare time, Dr Serene likes to go spearfishing, camping and adventuring.

Dr. Ben studied at The University of Western Australia and graduated in 2010. Dr. Ben has a Bachelor of Dental Science Honors Degree and he likes attending new educational courses to stay up to date with the latest trends of technology, techniques and materials.

Dr. Ben is very passionate about his role as Dentist and enjoys seeing people smile, especially those who haven’t smiled for a while. His most fulfilling aspect of being a dentist is to see change in patients of improving their smiles.

Dr. Ben’s personal hobbies are, he likes to travel, play basketball, squash and relax with some yoga/pilates too. 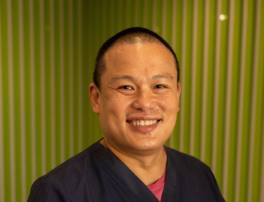 Dr Alan was born and raised in Malaysia, completed his tertiary study at the University of Sydney, where he graduated with a Bachelor of Dental Surgery in 1994. Thereafter, he moved to Singapore where he met and married his wife Ainee. There, they raised their three children together whilst owning and operating a private dental practice. He was also involved in the ethics committee and continued to study post-graduate courses such as orthodontic and implanvology.

In 2005, Dr Alan and his wife moved to Melbourne to continue raising their there children. Initially working at a community health centre as a senior dentist, he went back to working with private dental practices. During this time, he volunteered for the RFDS in its outreach program and the ADA mentoring program for younger dentists.

Dr Alan had been working as a dentist for 25 years when he and his wife made the move to Perth, with all three children studying away from home. Dr Alan has vast experience in all fields of dentistry, with a keen interest in putting his patients as the central focus.

Outside of dentistry, Alan is a black-belt in Aikido, a flight instructor and enjoys studying Japanese. 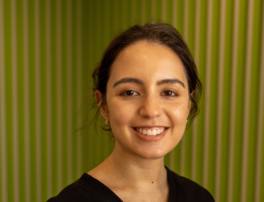 Dr. Ashleigh has a Doctor of Dental Medicine degree and completed her training at the University of Western Australia. She enjoys expanding her knowledge about new techniques by regularly attending lectures and seminars on various aspects of dentistry.

Dr. Ashleigh loves being a dentist and her favourite aspect of dentistry is making her patients feel at ease during their visits and happy with their smiles. She has a special interest in preventive and restorative care.

In her spare time Dr. Ashleigh likes spending time with her family, travelling, baking and curling up with a good book and a cup of tea.